The last of the Grand Hotels, the first of the new Century 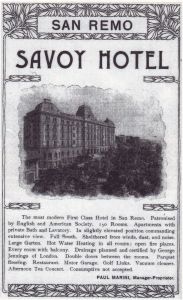 Inaugurated in 1900, the Hotel Savoy was the last of the great Sanremo hotels, one of the most prestigious hotel houses in the city. 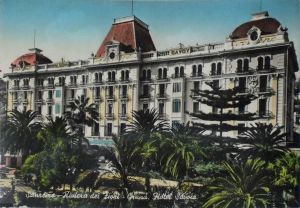 The monumental hotel, commissioned by Paolo Marini, a well-known tourist entrepreneur, was one of the first projects of the young architect Pietro Agosti, in 1899 inspired by the typical models of the Côte d'Azur, but also by the teaching of the acclaimed Sanremo architect Pio Soli, who was more devoted to neo-Renaissance architecture, and is considered a real jewel of Art Nouveau architecture with its three famous round domes. 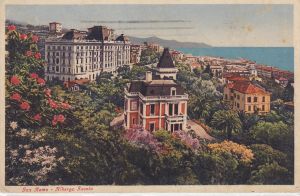 On 27 July 1925, Giovenale Gastaldi, Carlo's son, designed and built the laundry and garage of the Hotel Savoy. 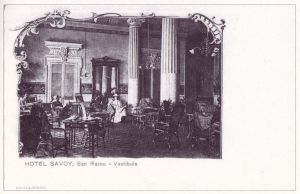 The Savoy, then closed definitively at the beginning of the 1970s, had famous guests, including the Dukes of Aosta, Eleonora Duse, and, in more recent years, the Duke of Edinburgh. 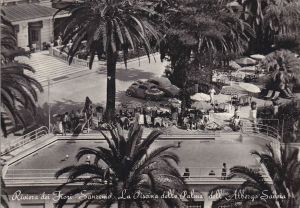 A tragic event characterized the Festivaldel 1967: the Genoese singer-songwriter Luigi Tenco, after hearing the news of his elimination from the singing competition, took his own life in a room of the Hotel Savoy, where he was staying; the news of Tenco's suicide would have aroused a huge impression in public opinion, which was deeply struck by the gesture made by the Genoese singer-songwriter. 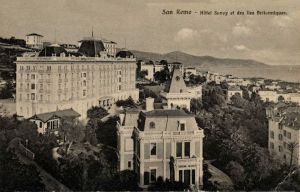 Originally the name was Hotel Savoia, but the current use was Savoy or, as in the early 20th century, Hotel Savoy et des Iles Britanniques, a name probably inherited from the same which later became Miramare.

The imposing building marks the profile of the tourist settlement to the west of the city, especially with its two side domes, a legacy of the magniloquent projects of architects from the South of France, such as the Biasini or the Delmas. 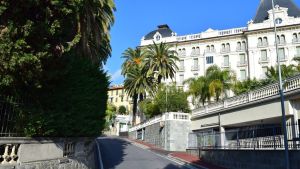 Today, after a profound and lengthy restoration, the hotel has regained its magnificent appearance, returning to the hotel in the form of a Residence. However, it has not yet been reopened, due to technical and administrative problems.